Although hydroponics is considered a modern form of farming, the method was used by the Aztecs in Lake Tenochtitlan and even by the Babylonians several hundred years BC.

Hydroponics is the technique of growing plants in nutrient enriched water instead of soil.Â  The nutrient solution (includes such minerals as phosphorous, magnesium, nitrogen, and potassium) is recirculated in a closed loop system.

What are the benefits of hydroponics? 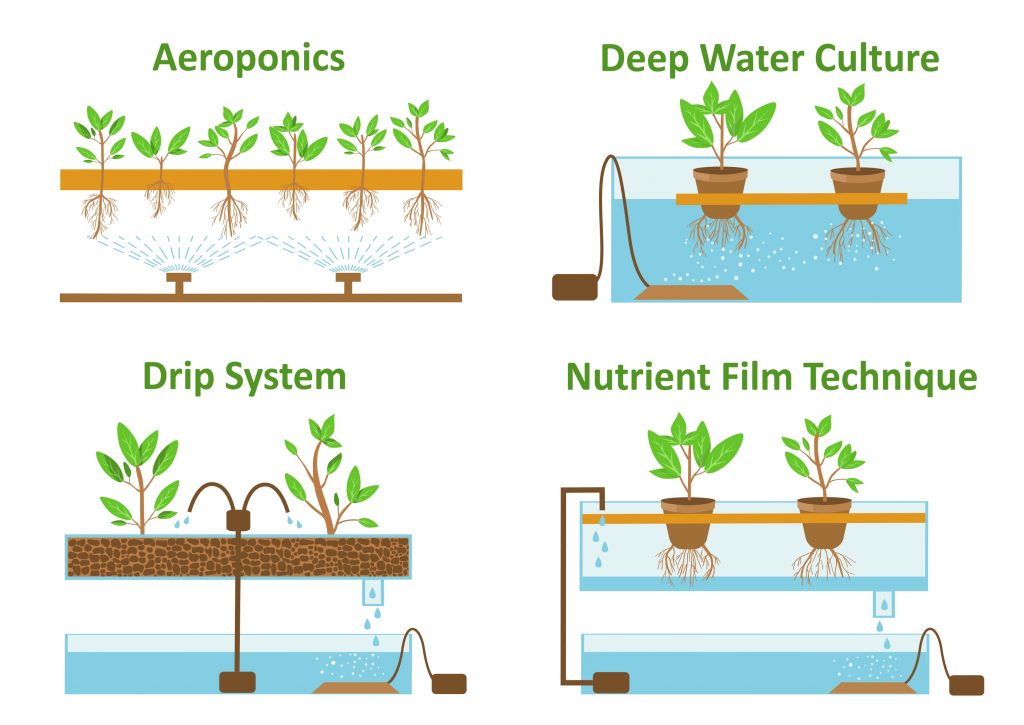 There are six major types of hydroponics systems: wicking, deep water culture (DWC), nutrient film technique (NFT), ebb and flow, aeroponics, and drip systems.Â  Although adding dissolved oxygen can be beneficial for each, the only type that requires aeration is DWC.

DWC â used by hobbyists, homeowners, and large commercial operations (FRT systems) alike â is one of the easiest yet most effective methods of hydroponics.Â  Roots are suspended and submerged in water 100% of the time.Â  Plants require oxygen for respiration.Â  While they do get some through leaves, most of the oxygen is consumed through the root system.Â  Therefore, without sufficient levels of oxygen in the water, the plant roots will drown and rot away.

Adding an aeration system to the DWC system is essential.Â  Diffused aeration will enhance dissolved oxygen (DO) levels allowing for plant respiration while preventing the growth of pathogens.Â  The aeration process also circulates water evenly distributing the nutrient enriched solution.

Diffused aeration systems include an air pump (sits outside of the water), airline, and diffusers (s) that sit at the bottom of the tank.Â  Fine bubble diffusers (typically 0.5- 3 mm bubbles) are recommended as they produce the most air bubbles and thus the most surface area on the bubbles for oxygen to transfer into the water. Â For more information on diffusers, check out the following article here.

There are many types and sizes of air pumps.Â  Lesser duty aquarium style aerators can be used for small applications.Â  For larger scale at home systems with several tanks or for commercial FRT systems, a heavy-duty pump is often needed.Â  One of the most popular styles is the linear diaphragm air pump.

Linear diaphragm air pumps have been used for hydroponics for years.Â  The design is built for 24/7, 365-day use and is lubrication and oil free.Â  The pumps are energy efficient running on less electricity than an incandescent light bulb.Â  Perhaps the greatest advantage of a quality linear diaphragm pump is that it is very quiet compared to most rotary style aerators.

HIBLOW invented the linear diaphragm air pump back in 1968 and is the gold standard.Â  Most models run on 70 watts or less with a noise level below 40 dBa.Â  HIBLOW pumps use only a few moving parts and therefore can be easily rebuilt in 20 minutes or less.Â  With 2 rebuilds, the aerators can continuously run for up to 10-15 years (depending on the system pressure and model size).Â  HIBLOW offers 3 different series (WG, XP, HP) with flow rates ranging from 20LPM up to 200 LPM.